Channel Updates In the News 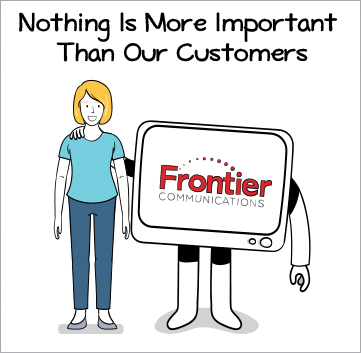 Don’t just take our word for it – see what others are saying about these issues.


Charter CFO: Programmers Have Made Pay TV “Unaffordable” for Many

Entertainment giants have made traditional pay TV “unaffordable,” the CFO of cable powerhouse Charter Communications told investors on Monday. “The programmers have made this product unaffordable for a large part of the population despite the fact that we tried to find ways to get valuable product that customers can afford into their hands.”

Blackouts have become a common occurrence during carriage negotiations over the past few years, as networks usually time the expiration of their deals around major sporting or entertainment events. Distributors, who run the risk of losing subscribers to other providers the longer the disputes last, have in recent years taken a harder-line stance against carriage-fee increases.

"Under federal law, we can't carry a station unless the owner grants us permission to do so," Mediacom said in a press release, adding that Tegna continues to demand a hefty price increase for the stations. "In light of the ongoing COVID 19 pandemic, we feel these hefty increases are especially uncalled for and unjustified."

Hulu & YouTube TV vs. Sinclair: The Fans Speak Out!

While some subscribers blame their providers for the blackout, a large number, perhaps even a clear majority, see Sinclair as the villain in this TV drama. They note that Sinclair has been unable to reach agreements with several TV services (Sling TV, DISH, Hulu, YouTube TV), which they say suggests the company is asking for too much money to carry its channels.

Earlier this week, an RSN owner finally admitted publicly what we already knew: the ONLY viable RSN economic model is to force everyone who takes multichannel television to pay an exorbitant price/sub/month to subsidize the TINY minority of fans that want to watch the channel; essentially forcing subscribers to subsidize how much the RSNs have overpaid the teams for media rights.

The proper business model is clearly an a la carte offering similar to the UK where you pay extra for Sky Sports if you are a passionate European football fan or how consumers pay a la carte for HBO today.

Ergen: Decision to Drop Fox RSNs One of Simple Math

Dish dropped 16 Fox Sports RSNs in July after then-owner The Walt Disney Co., allegedly asked for exorbitant carriage fees for the channels. Disney sold the RSNs to Sinclair Broadcast Group in August, but the channels have yet to return to the satellite company’s customers.