Ever Wonder Why Your Lineup Includes Channels You May Never Watch?

How does this happen?

It’s a matter of power: in addition to cable and broadcast channels, these well-diversified corporations also own film studios, news outlets, sports teams, large internet sites and many other content venues. These large companies won’t let you have the most popular channels unless you get the less popular ones, too. It’s simple economics: they need more viewers for these less popular channels to increase their network fees and their advertising revenue – so that they make more money. 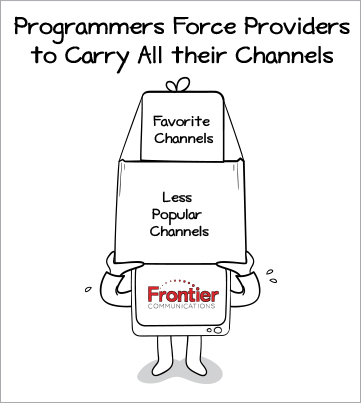 Can’t Frontier carry just the popular channels, even for a little more money?

We’d like to do that, but when we’ve asked for a price for just the most popular channels, the channel owners will typically raise the price of popular networks to make it even more expensive than it would be for their entire package of channels. Imagine being forced to buy all the brands from a soda manufacturer, when all you wanted was just your favorite brand. Frontier strives to offer our customers a strong basic package with a balanced mix of all the most popular channels.

They may launch a public dispute and remove their channels from our lineup to get you to pressure Frontier to meet their demands. That is why we negotiate hard to offer our customers the right mix of programming at the best value. Often, you’ll hear the networks say that they’re asking for only, “pennies a day.” But all of us know that the pennies add up fast. 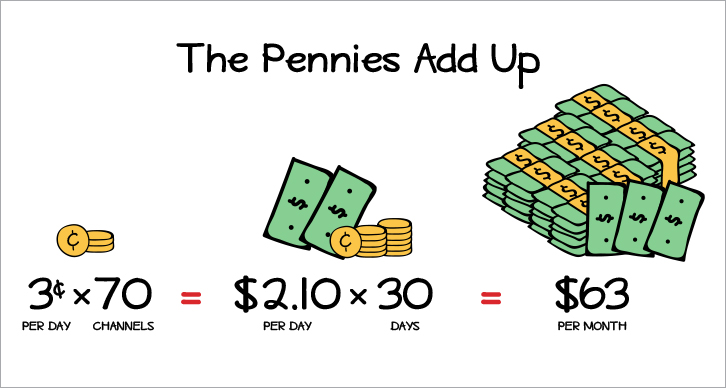