UPDATED, JUNE 16, 2017: Frontier is all in for the FCC's effort to remove unnecessary barriers and implement common sense rule changes that will enable broadband deployment. We have filed our comments with the FCC, focusing on common sense pole attachment reform, streamlining the cumbersome copper retirement and service discontinuance processes, and removing localized barriers to entry. Our comments are available online. 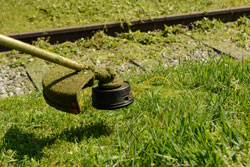 First, the Commission is proposing to take the long overdue step to equalize the too-high pole attachment rates that legacy providers like Frontier pay largely as a result of a historical anomaly. As a legacy incumbent local exchange telephone company, carriers like Frontier used to own many poles, but that is less and less the case, meaning Frontier has to pay more and more for attachments, at an attachment rate higher than its broadband competitors. The FCC proposes to fix that, recognizing, as it long has, that pole attachment rates and associated costs are critical to new infrastructure deployment. As Frontier has explained, attachment fees are among the greatest costs we face in deploying and maintaining investment, and reducing those costs, as the FCC proposes to do today, will enable us to refocus these resources on infrastructure investment and deployment and to compete on a more level playing field.

Second, Chairman Pai and the FCC rightly recognize that several rules have piled up to prevent and deter providers like Frontier from investing in next-generation networks. These misguided processes created a series of hoops for former telephone companies to jump through any time they want to add next-generation fiber deployments. Under these misguided rules, carriers often have to delay fiber deployments and even consider putting the brakes on them altogether. Of course, customers almost universally demand the higher speeds and associated benefits these next generation deployments deliver. Today's proposed reforms will enable carriers like Frontier to deliver these benefits more quickly.

Finally, the Commission broadly asks about roadblocks to broadband deployment that states are unnecessarily erecting. The Commission points to problematic policies like deployment moratoria, rights-of-way negotiation and approval process delays, unreasonable conditions or excessive fees, and copper retirement rules, and broadly asks about other issues carriers are facing. Frontier has experienced these unfortunate barriers and is eager to share its experience with the FCC in hopes of finding ways to jumpstart deployment.

Today's items show yet again that Chairman Pai and the FCC are committed to delivering next-generation broadband to all parts of the United States, and Frontier is excited to continue to partner with the FCC to deliver on these broadband promises. Already, with the help of the FCC's Connect America Fund ("CAF") program, Frontier has expanded broadband to tens of thousands of rural Americans. See, for example, Frontier's recent work in Texas, Wisconsin, Minnesota, Illinois, Indiana, Arizona, and New Mexico. The Commission's latest proposals would further enable Frontier to continue to build on that track record.