Frontier is with you, illegal robocalls are also driving us crazy. They interrupt our day as much as anyone else, whether we are on the job or after hours spending quality time with our friends and families.

Unwanted robocalls rank among the top complaints to the Federal Communications Commission, and we have worked with industry groups, state regulatory agencies, and the FCC to explore ways to put a stop to this rampant abuse. 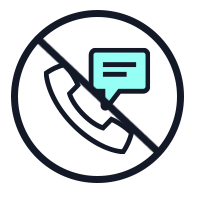 Given the major concern around this issue, Frontier supports the work of Chairman Pai, Commissioner Rosenworcel and others at the FCC to combat unlawful robocalls and malicious caller ID spoofing.

As part of its ongoing efforts, Frontier has deployed Neustar Certified Caller STIR/SHAKEN technology across Frontier’s IP network to digitally certify phone calls. In simple terms SHAKEN/STIR works like this: each telephone service provider obtains their digital certificate from a certificate authority who is trusted by other telephone service providers. The certificate technology enables the called party to verify that the calling number is accurate and has not been spoofed. So every outbound call gets a certificate that is then checked by the inbound carrier against an encrypted private key. The call will then go through to the recipient with an indicator that the call has been authenticated.

Additionally, we have rolled out an enhanced caller ID alert feature that uses Neustar Robocall Mitigation to apply complex and always-improving algorithms to determine which calls match robocall, spam and fraudulent criteria. The new Robocall Mitigation feature inspects every call, in real time and provides an indicator on a customer’s caller ID display.

These new, free features are additional compliments to existing, free resources which have helped empower customers to better control which calls do and do not ring on their phones. We will still offer a free robocall blocking software through Nomorobo, as well as other call blocking tools. You can access more details about these free tools and how to activate them are available here: https://frontier.com/block-telemarketing-calls.

Finally, Frontier supports the bipartisan effort by Congress to find legislative solutions to reduce robocalls, including increased enforcement against those companies running illegal robocall operations. Given the scope of the challenge and the nefarious intentions of the bad actors driving many of these calls, we need an all-hands-on-deck approach. Frontier supports public-private partnerships to continue fighting these robocalls. While there will always be someone trying to skirt the rules, and there may not be a silver bullet to 100% stop all of these calls, we are committed to fighting these callers with you.

All of these initiatives play an important role in helping us protect you from the nuisance of spoofed calls and allowing only legitimate calls to reach you at your homes, cell phones and businesses.