How fast is fiber internet and why is it better? 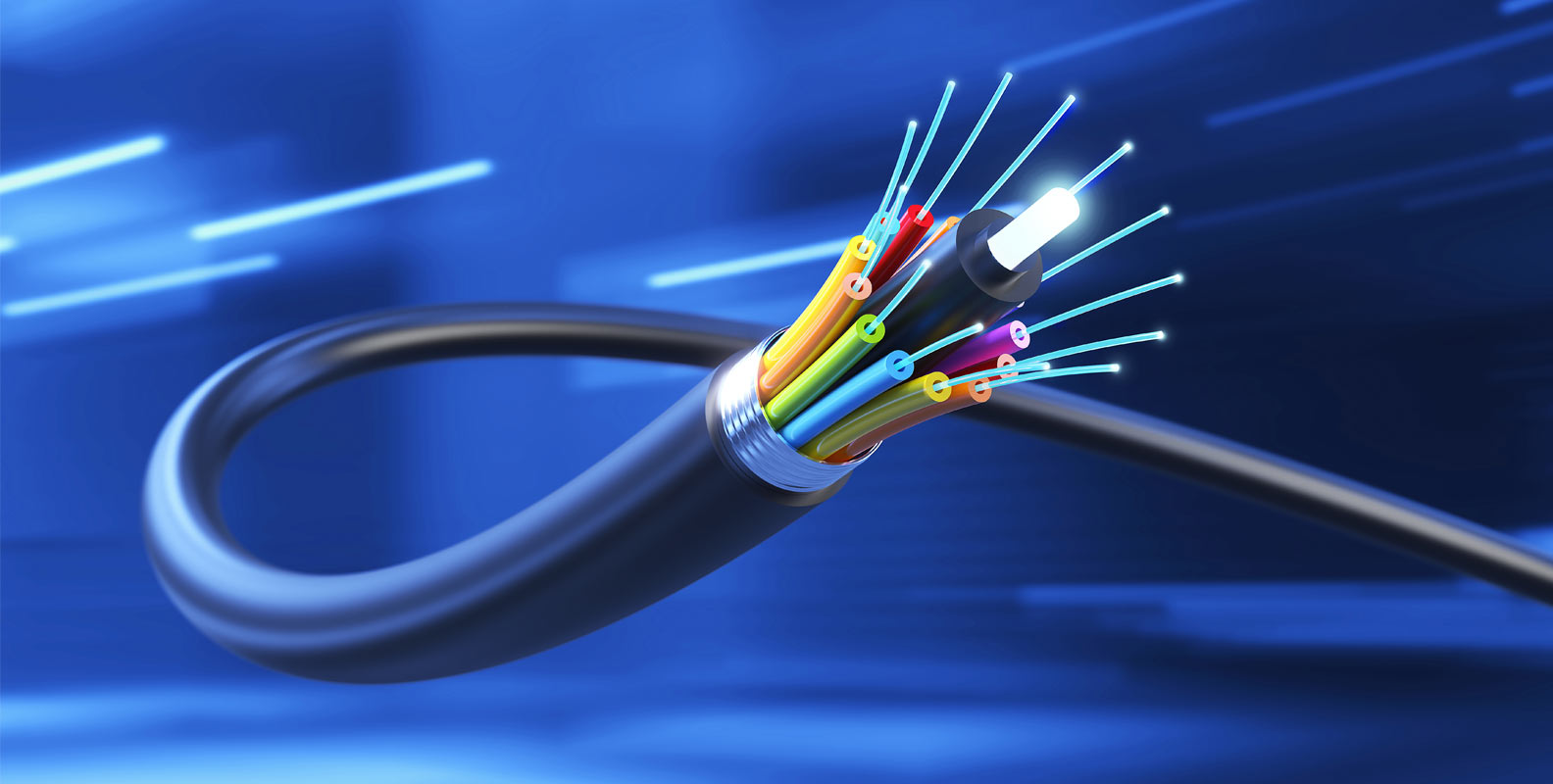 Fast internet is in high demand these days, as Americans increasingly shift their lives online. People work, study, shop and socialize online, and we’ve seen a huge uptick in online gaming and entertainment streaming services over the last decade. There’s no wonder why fast internet is now a top priority.

Fiber-optic internet, casually referred to as fiber internet, is answering the call for super-fast internet speeds. Fiber-optic connections aren’t available in all parts of the United States yet — rural areas, in particular — but this new technology is gaining ground across the country and becoming more accessible, making it a popular high-speed internet option for people from coast to coast.

How fast is fiber-optic internet?

Theoretically, a single fiber-optic cable is thought to be capable of carrying up to 44 terabits per second.

That’s about 1 million times faster than the current average internet speed in the U.S. But further development of fiber-optic technologies is still needed to make this possible. In reality, most internet service providers offer maximum fiber speeds of up to 1,000 megabits per second (equal to 1 gigabit per second).

Just what do all those numbers mean? In general, a higher bitrate means higher-speed internet. But it’s not just bitrate that matters. Internet speeds and reliability are also impacted by download and upload speeds. Upload speed describes how fast your device sends data to a server, while download speed describes how fast your device pulls data from a server.

With fiber-optic internet, download and upload speeds are identical, which is referred to as symmetrical bandwidth. This ensures that whether you’re uploading or downloading data, you’ll enjoy the same fast internet speed you’ve been promised with your internet plan. With other options like cable internet, upload speeds tend to be slower than download speeds, decreasing overall internet efficiency.

Symmetrical bandwidth generally means decreased latency, or the delay in data transfer between your device and a server. Higher latency can cause lag times, which can be especially annoying for gamers or anyone streaming high-resolution video. With decreased latency, you get a more seamless, frustration-free internet experience.

Enter your address in the availability checker to see if Frontier® Fiber Internet is available in your area.

Is fiber-optic internet faster than DSL?

The short answer is yes. Fiber-optic internet speeds are significantly faster than other options, including digital subscriber line internet. The average download speed for a DSL connection ranges from 1 to 10 Mbps, while the average upload speed is up to 20 Mbps. But DSL remains a popular and reliable internet option.

DSL internet is transmitted via the same cables used for landline telephones. Because those lines have been in use across the U.S. for over a century, there’s a widespread, high-quality network of cables available, ensuring broad internet accessibility. DSL is also generally more affordable than fiber, and Frontier® offers reasonably priced DSL internet plans.

Is fiber-optic internet faster than cable?

Yes, fiber-optic internet speeds are also faster than average cable internet speeds. The maximum download speed for cable is about 940 Mbps, but the maximum upload speed is about 50 Mbps. Because cable internet uses the same coaxial cables that transmit cable television signals, there’s a broad existing network in the U.S., which means it’s usually more accessible and affordable than fiber-optic internet in many areas.

Why is fiber internet so fast?

Why is fiber internet so much faster than its counterparts? As you may have guessed, it’s all about the cables. Fiber-optic cables are made of glass filaments, which transmit light via light-emitting diodes or laser pulses. Each pulse carries data in binary format, which is the same language used by computers and internet technologies. This allows for a much faster exchange of data than traditional internet technologies, like cable and DSL, which rely on copper wires. Copper isn’t as fast at exchanging data because it transmits electrical currents, which don’t travel nearly as fast as light. While fiber cables use photons, copper cables transmit electrons.

These ultra-fast fiber optic cables may not be as prevalent as copper cables, but major cities have spearheaded the movement toward fiber-optic expansion in the U.S. For example, San Francisco is working to install a citywide fiber-optic network in the interests of making the internet a public utility. More rural areas have not come as far in implementing fiber-optic cables, but this is likely to change in the future.

The benefits of fiber-optic internet

Because it relies on pulses of light or lasers to transmit data, fiber-optic internet truly travels at the speed of light. Aside from its speed and efficiency, this type of internet offers a few other unique benefits that make it appealing to anyone looking for a reliable, high-quality internet connection. Here are some of the highlights:

Given the many benefits, a fiber-optic connection is clearly a smart choice — assuming it’s available in your area. Check if Frontier’s Fiber Internet is accessible where you live using the online availability checker tool.

As mentioned, fiber-optic internet connections have yet to achieve their full potential. Currently, most ISPs offer fiber-optic speeds as fast as 1,000 Mbps. However, experts theorize that one strand of fiber-optic cable can transmit up to 44 Tbps. To put that into context, one terabyte is equal to 1 million megabits. Given the great untapped potential that fiber-optic internet holds and its ability to feasibly adapt to later technological demands, some experts label it as being a “future-proofed” technology.

Is Frontier Fiber Internet available to you?

Do you want to take advantage of some of the fastest internet connectivity available today? Frontier has you covered. We offer fiber-optic internet plans with affordable pricing. To find out whether high-speed internet access is available in your area, simply enter your address in our online accessibility checker. It won’t take you more than a minute.