Getting smart about your faster Wi-Fi connection

The speed you get on hardwired computers is different than the speed of your Wi-Fi. Your hardwired computer is connected directly to your network. The Wi-Fi signal travels through the air to reach your devices. That’s why it’s affected by walls and other signals.

Go to speedtest.frontier.com and take your network for a test run! The speed test will measure the speed delivered to the specific device you’re using for the test. We recommend running this speed test from a computer that’s wired to the Frontier-supplied router. Using a wireless device won’t give you an accurate measure of the speed, as it’ll test the speed of your home Wi-Fi rather than the speed of the network connection.

Here are some quick facts to guide you to peak performance.

Many factors affect your Wi-Fi

Location makes a difference:
Other devices can affect your signal too:

If you have Fiber Internet service, the speed of your service will likely exceed the capabilities of your mobile devices, even if they’re the latest models. The older your mobile device, the more likely you’ll have older Wi-Fi technology that’ll result in slower Wi-Fi speed results. However, the Fiber Internet service will still support multiple devices at the same time. 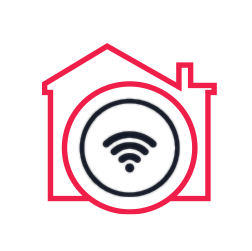 Amp up your Wi-Fi with extenders

During a Wi-Fi health check, the technician evaluates the Wi-Fi strength throughout your home to identify areas that need a Wi-Fi boost. The technician’s recommended solutions can improve your in-home Wi-Fi coverage.

We’ve teamed up with eero to blanket your whole home with fast, secure Wi-Fi you can count on. We’ve tested and selected the eero device that will give you the best performance for your services, so you can stream, game and work with confidence.

Use the MyFrontier Mobile App to control your Wi-Fi settings

You’ll have quick access to Home and Guest Wi-Fi settings from your smartphone or tablet. Download the app here

You can also use the app to manage your Frontier account. 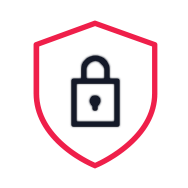 Part of a great Wi-Fi experience is staying safe and secure. Frontier Multi-Device Security* lets you protect up to 10 devices from online threats such as malware, ransomware, viruses and phishing scams. Your 10 devices can include PC, Mac, Android and iOS devices.

See how we can help you here

Looking to help yourself? Look here.

For troubleshooting support, we’ll walk you through it here.

Don’t get confused. Get answers.