UPDATED, JULY 18, 2017: Frontier is all in for the FCC's effort to return to the bipartisan consensus around light-touch net neutrality rules. We have filed our comments with the FCC, available here. 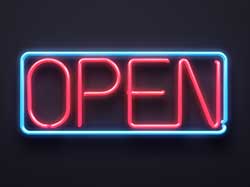 Chairman Pai and the FCC took huge strides today to encourage investment and innovation in the Internet ecosystem by proposing to bring net neutrality back under the bipartisan light-touch regulatory framework that has enabled the Internet to thrive. It is a bit puzzling thinking about how we got here. Despite no evidence of problems with this light-touch approach, the previous FCC rejected it in favor of monopoly-era Title II telephone regulation—a decision that has already slowed network investment. Thankfully, the FCC today has started to correct that course, recognizing that the 2015 Order was a solution in search of a problem.

Frontier, like other Internet Service Providers, has always been committed to the core principles underlying net neutrality. Frontier does not block or throttle customer access to content, and Frontier supports sharing transparent information about its services. The FCC's proposal today will not change that, even if certain parties are claiming that as a fact in order to drum up public concern.

Don't believe these overblown claims that the decision will fundamentally change what websites users can access or alter how users experience the Internet. Today's decision is not nearly so exciting; it is really about the underlying legal framework and why it is inappropriate for the Internet. Both Republicans and Democrats have agreed on the core net neutrality principles for well over a decade, and the framework for the 2015 Order embodied these principles through a light-touch approach under Section 706. By all accounts, the FCC was set to adopt this light-touch approach until the previous Administration suddenly told the independent FCC to rely on Title II. Unfortunately, that Title II approach has carried a lot of regulatory baggage and slowed down Internet investment.

Frontier, with its roots as a highly-regulated Title II provider, understands better than most all of the unnecessary burdens that comes along with this extreme form of regulation. Title II was designed for a time when there was a single monopoly phone company, not an era when consumers can choose between several wireline, wireless, mobile, and satellite providers, and more adults have opted to go wireless only than maintain a landline. From tariffing to rate regulation to controls over entry and exit, Title II is a top-down, highly prescriptive framework that cannot keep up with a fast-evolving and dynamic network. That is the beauty of today's proposal—protecting against any harms to consumers while avoiding all of the regulatory baggage by removing the net neutrality rules from Title II, yet maintaining the bipartisan consensus safeguards.

The 2015 Order in many ways got the real threat to a free and open Internet exactly wrong. Chairman Wheeler's FCC targeted ISPs under the theory that they had leverage in negotiations with edge providers because ISPs control a bottleneck resource. It turns out, however, that ISPs—especially smaller and mid-size ones—have little to no negotiating leverage compared to the Internet giants on the edge. Rather, these largest players frequently crowd out other traffic and fail to help finance any of the infrastructure on which their services rely, particularly in the high-cost rural areas where smaller ISPs operate. The greater threat to the Internet experience may in fact be these large edge providers failing to help finance the robust networks required to provide the fast Internet speeds on which their services rely.