What is the best router for gigabit internet? 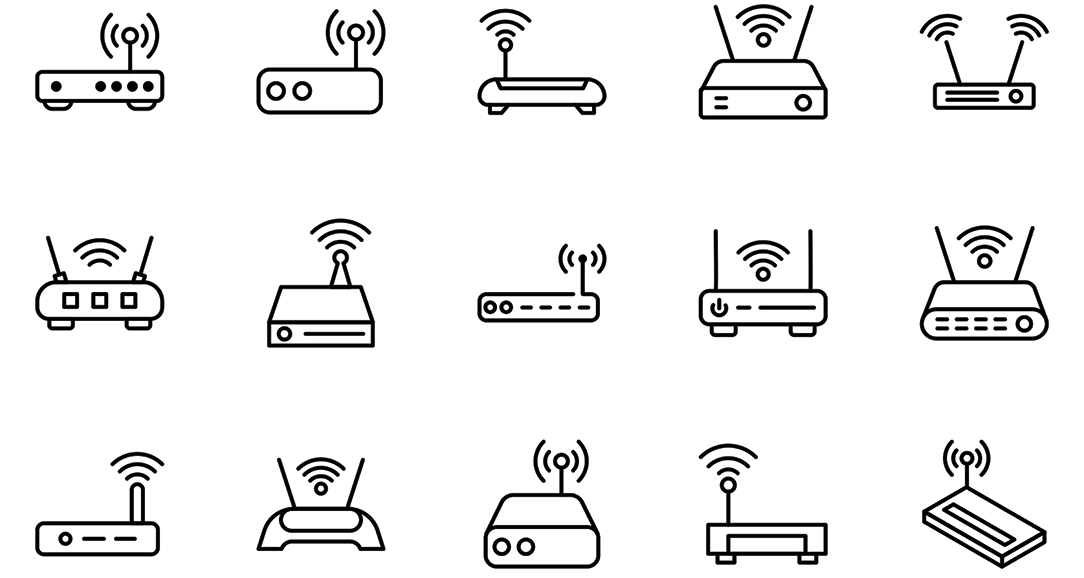 Gigabit internet is speeding up how we do things online as the service continues to spread across the country. Entering homes via fiber-optic cables (although, in some cases, traditional coaxial cables will work), it can provide blazing fast speeds, helping with:

In theory, gigabit internet can provide speed as fast as 1 gigabit per second or 1,000 megabits per second, but this full speed is mostly theoretical. One reason for this is because internet service providers will use a small part of the speed to manage your account. A bigger culprit is the router, especially a Wi-Fi router, which can experience a bottleneck because it can’t handle the gigabit speed.

To help you get the most from your ultra high-speed connection, here are some of the things you need in the best router for gigabit internet.

What is a gigabit router?

Not only do they connect devices like laptop computers, smartphones, tablets and printers to the net, but they also provide a first line of defense against cyberattacks.

Routers will connect these devices to the internet usually through a fiber-optic cable modem, regular cable modem or DSL modem. (Note, each kind of modem is designed to handle different speeds of wireless and wired connections to the internet.)

Why do you need a gigabit router

A router that isn’t designed for gigabit speeds and how the services of a particular ISP are configured will not allow you to get the most from your internet connection. Other things that may prevent achieving the fastest router speeds include:

The majority of routers, including wireless routers, usually have several network LAN ports to connect numerous devices to the internet simultaneously. Wireless and wired routers, with their different connections, can also perform as simple network switches, enabling different devices on the network to communicate with each other.

While gigabit internet will noticeably speed up performance on a Wi-Fi network, the highest consistent Wi-Fi speeds are achieved when a computer is plugged with the right type of ethernet cable directly into the router.

What to look for in high-end gigabit wireless routers

When considering a new gigabit router for your small or large home, you need to find one that is best equipped to utilize the benefits of the ultra high-speed service. Among the things a high-performance router should have over a budget router are:

Wi-Fi routers typically have dual-band options, 2.4Ghz and 5Ghz, which differ in terms of speed and range. Standard 2.4Ghz Wi-Fi is not as fast as 5GHZ but has more range and better handles interference, such as walls and solid objects. The 5Ghz band boasts higher speeds but has a lower range and is more prone to interference.

While you might have once had to specify which band you were using, new routers handle the changes between the two automatically, depending on where you are in the house, which device is being used and how many are connected to your network at once.

Beyond dual-band routers, you have tri-band routers that include one 2.4Ghz channel and two 5 Ghz channels. This allows the router to handle three separate channels of traffic at once, with one slow lane and two fast ones. Three-band routers are particularly good for bandwidth congestion when a lot of devices are connected to the network at once, all running bandwidth-intensive applications. If you are watching a 4K Netflix movie while one family gamer plays online and another kid is on YouTube, the right router combined with gigabit internet can avoid buffering and latency.

Whether they are visible or not, all Wi-Fi routers have a transmit and receive antenna, used to communicate wirelessly with laptops, smartphones and smart home devices, such as video doorbells. Some routers have a couple of antennas, while others may have as many as six.

Multiple antennas can create different Wi-Fi signal streams to share data, providing your devices more bandwidth and helping ensure there is no network slowdown. However, sometimes, the number of antennas isn’t as important as the software driving them. Certain specs will help your router handle transmitting and receiving data more efficiently, helping boost network wired and wireless speeds.

An old ethernet cable also might not be able to deal with gigabit speeds. These cables are rated as Cat 5, Cat 6, Cat 7, etc. The higher the number, the faster speeds it can handle. Ethernet cables above Cat 6 are shielded with ground foil to reduce interference or wireless signal pollution. Keep in mind that a longer cable also reduces internet speed.

A Cat 7 cable, for example, should be able to handle 100 Gbps speeds for up to 15 meters in cable length. Sometimes, a longer cable is required when dealing with a house with a lot of square feet.

Wi-Fi systems are easy to access for users and can also provide unwanted access for intruders if you don’t take precautions. Without strong security, you run the risk of having someone monitor your online activities, use your internet connection, access the files stored on your computers, infect your connected devices with viruses and do many other bad things.

Your gigabit router requires robust security features. At the very least, it should have the second level of Wi-Fi Protected Access protocol, WPA2. But even better is the third level of WiFi Protected Access Protocol, WPA3, with its enhanced security protections. It should let you set up a firewall and provide parental controls, shielding kids from the unsavory parts of the internet.

Update all your connected devices to the latest Wi-Fi standards. Wi-Fi 6 provides the best wireless throughput speeds, adds support for the latest compression technologies, has new device pairing capabilities and better stronger security protocols. The Wi-Fi 6 router is also equipped to handle more devices on a network, with MU-MIMO capabilities. The catch is that all connected devices must also support Wi-Fi 6.

Part of your updating should be that you have all the latest operating software for your device and your computer has a sufficiently robust CPU to handle the speeds.

You should also update your router firmware and operating software so that you have the latest high-speed, security and Wi-Fi protocols.

Quality of service is a feature found on some high-end routers, prioritizing traffic so that the most critical traffic passes through first. The result is a performance improvement for critical network traffic. QoS technology can be used with VoIP phones or in LANs and WANs with high volumes of local traffic.

The best routers for gigabit internet

Other routers may not work well or at all with our service and can’t receive our technical support. Our routers are supplied according to the type of service plan you have, and come already configured with Wi-Fi turned on. You can change the Frontier router password and configure its security features as you like. It’s designed to deliver robust video, high-speed data and primary line telephony, all through a broadband network.

Find high-speed and Fiber Internet plan options in your area from Frontier.

Gigabit internet delivered over fiber-optic cable is the future of internet connectivity. In fact, it’s already here for many people across the country. See if Frontier’s Fiber Internet with whole-home Wi-Fi and a free router is available in your area, so you can stream, game, download and video game away without data caps or annual contracts.